Brianne Thompson and Niklas Daniel of AXIS Flight School traveled to Skydive Suffolk in Virginia for the second year in a row, to organize at the 4th of July Boogie. From July 1st – 4th, jumps were made from both a Skyvan and Caravan. Participants took advantage of the organizing/coaching to learn new skills and try out various disciplines. Group sizes varied from 2-ways to 8-ways. On the last day Tom Deacon flew a large flag over the drop zone which was choreographed to the national anthem and filmed by Nik. They both managed to land on the ground simultaniously as the song came to an end. Thank you Skydive Suffolk for having AXIS as part of your 4th of July boogie. We are looking forward to next year.

Here is a collection of screen shots from our GoPro footage: 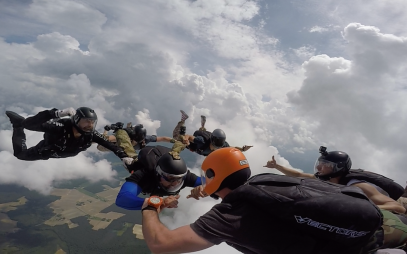 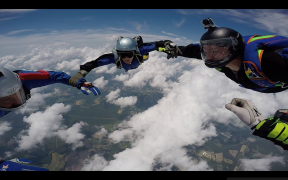 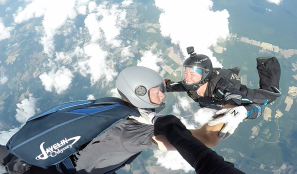 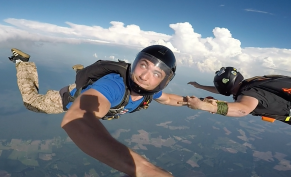 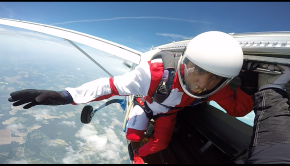 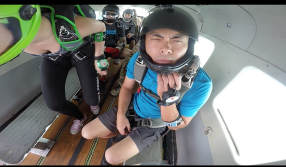 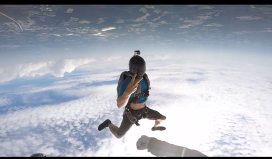 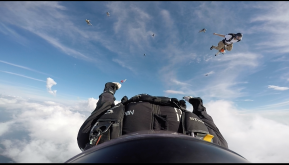 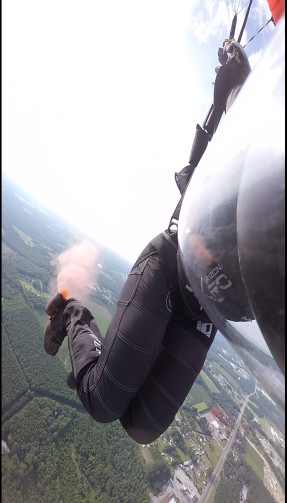 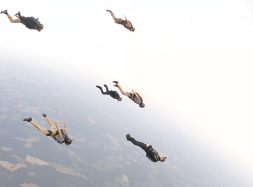 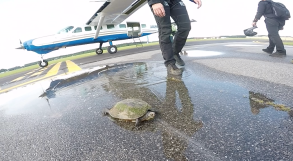 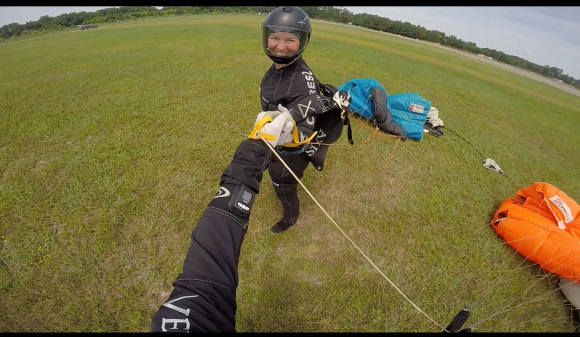 On July 5th, Brianne and Nik dropped by the USPA Head quarters in Fredericksburg for a quick surprise visit. Randy Connell (director of competition & records) gave us a tour of the building and a few history lessons about the sport.

At the end of the tour, Nik found out that the July Parachutist magazine was sporting one of his pictures on the cover.

Nik and Brianne at USPA HQ. Photo by Randy Connell.

We would like to thank everyone at USPA for their hospitality, and special thanks to Randy for the eye opening tour.