Todd Love is a USMC veteran who lost both of his legs and his left hand to an IED in Afghanistan, who’s determined to not let that get in the way of ANYTHING (Watch Todd’s story: http://vimeo.com/23424390). He has been surfing, skiing, scuba diving, wrestling alligators, and now learning to skydive. After completing his first tandem skydive with Mike Elliott into the start of the XTERRA Trail Run World Championship in Hawaii he was hooked! And since “impossible” and “can’t” are not part of Todd’s vocabulary, his teammates at Operation Enduring Warrior turned to AXIS Flight School to make his dream of solo skydiving come true.

Here are some of my selects from Todd’s AFF progression: 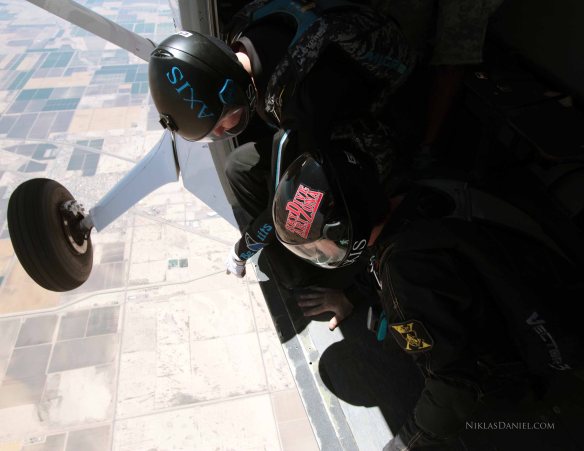 Brianne and Todd spot from the aircraft door. 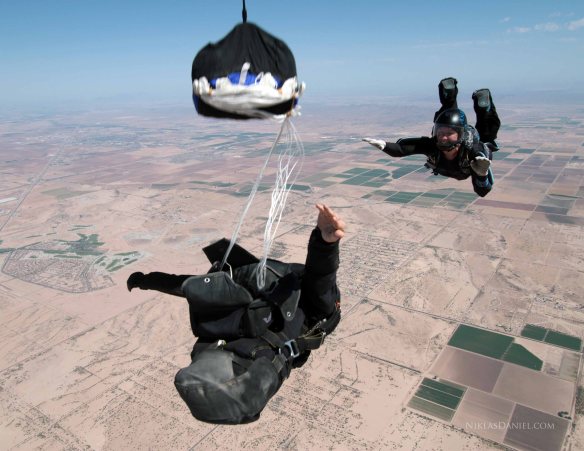 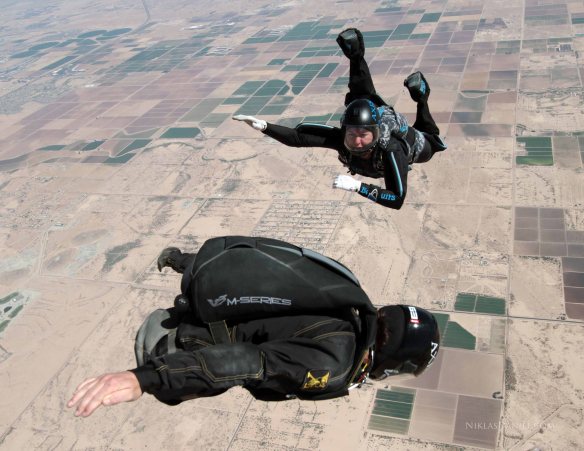 Todd refining his tracking skills with Brianne in the background. 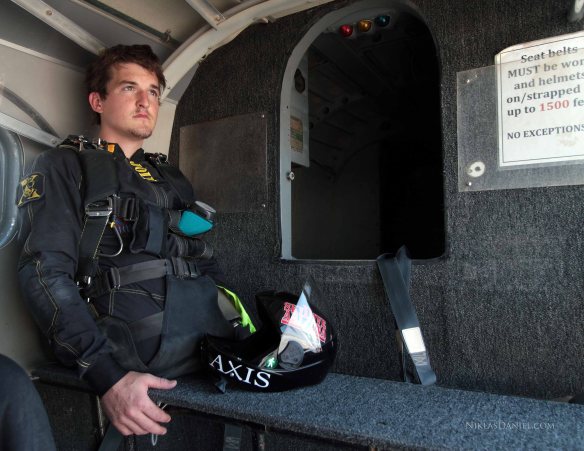 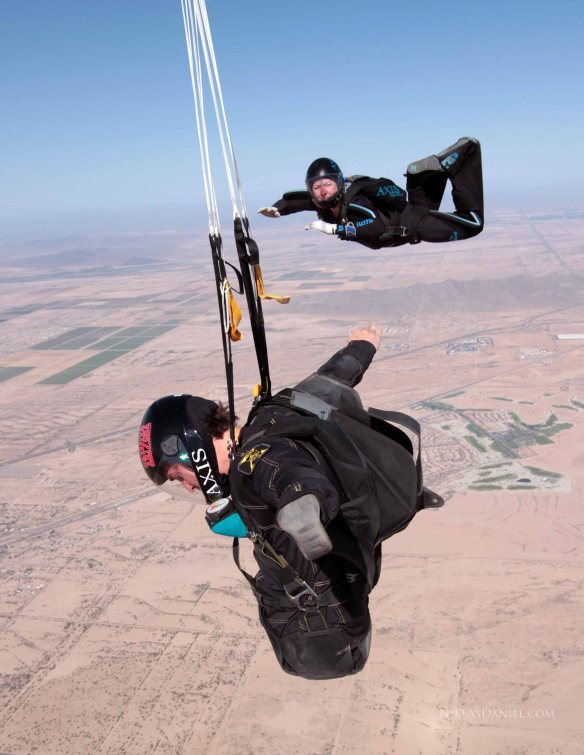 Todd demonstrates control in free fall by recovering from a front flip.

Todd reviews photos of possible canopy malfunctions while suspended in his harness.

Here are some additional photos courtesy of Mike McGowan: 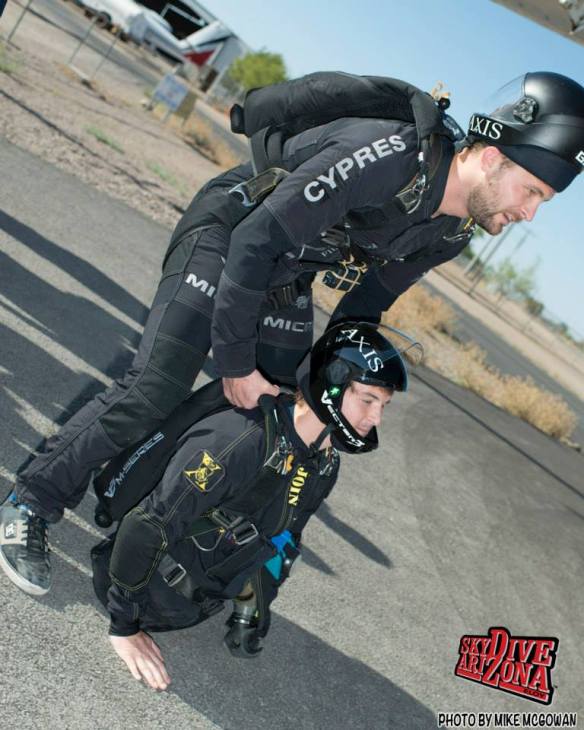 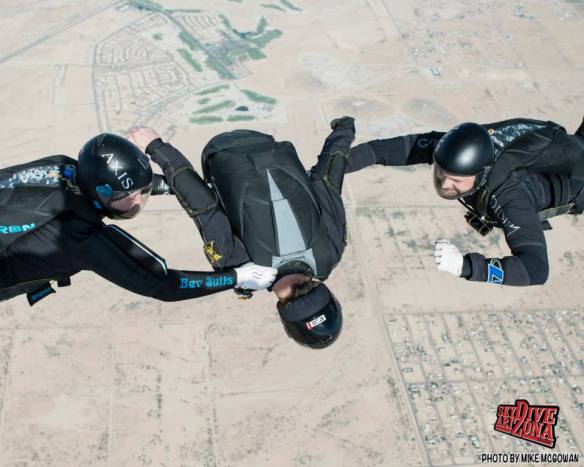 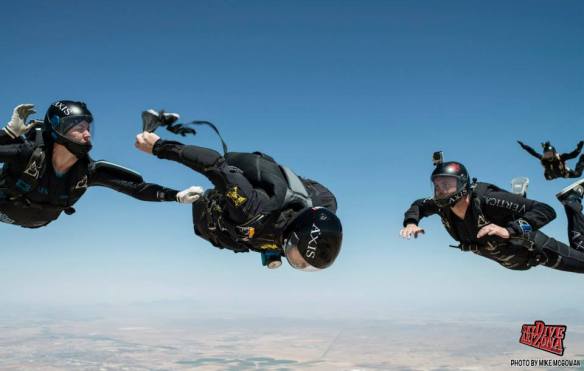 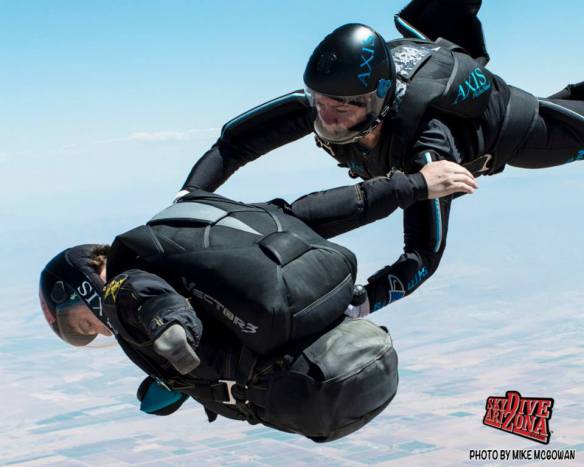