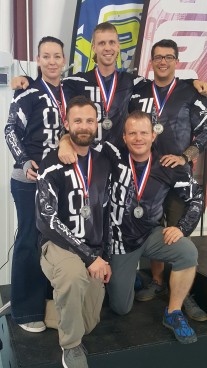 During the 2019 USPA National Skydiving Championships Arizona X-Force came in second in the 4-Way VFS Open event. The vertical formation skydiving event completed all 10 scheduled rounds, with four teams in each of the open and advanced divisions. One team, “Why Not”, competed in the intermediate division.
X-Force — now in its second year with the current line-up — scored a 16.3 points average, a lower score than last year, however flying at a faster pace – 18.9. The team used this years USPA Nationals as a training camp leading up to the World Cup which will take place in the first week of next month in Eloy, AZ at Skydive Arizona. The team plans to peak next month, having a better understanding of what the judges will be looking for and enforcing.
Watch all 10 rounds here.
X-Force did walk away from this years Nationals with a new personal best, a highest scoring round of 24 points in round 9. Unfortunately this round got busted down from a 33.

SDC Core once again took the gold medal and Arizona Anthem took bronze. To view all scores and competition videos, check out Omniskore. Arizona X-Force would like to thank all of its sponsors and supporters for making a successful 2019 season possible, and congratulate its fellow competitors for a great competition!

After 4-way VFS concluded, Nik tossed his hat in the Speed Skydiving ring. Having previously competed in the discipline two years earlier at Skydive Perris, his main goal was to reach a new personal best – breaking his top speed of 443.32kmh / 275.5mph. Nik accomplished that on six out of the eight rounds, reaching a new top speed of 465.6kmh / 289.3mph in round 3. 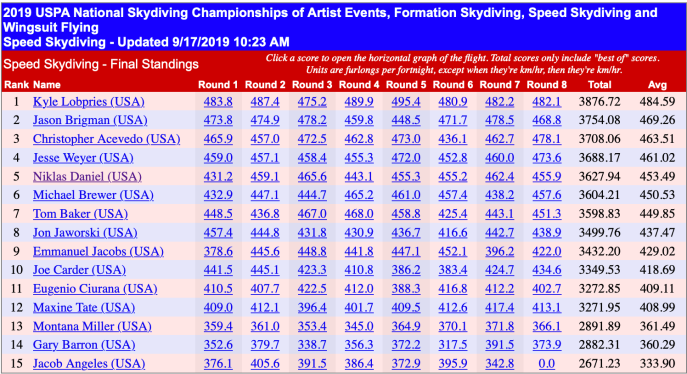 Coming in 5th, Nik’s performance earned him a spot on the USA Team. The 2020 World Championships will be held in Tanay Siberia, Russia.

Brianne Thompson brought a 4-way FS player coach team to the 2019 USPA Nationals; competing in the advanced category with the name AZ Shift. This was the team’s first Nationals, finishing with a 9.5 average over 10 rounds. 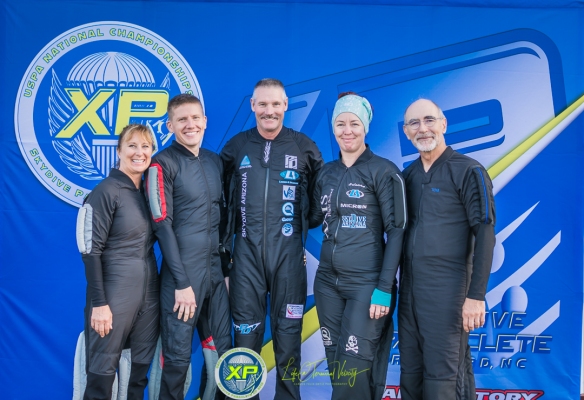 I would like to congratulate Joe, Andre, and Leland of team EagleBear who took 3rd in the MFS open category. After a two year break, the team got together at Skydive Arizona one week before the competition in order to prepare for the Nationals. After around 60 training jumps with AXIS Flight School and several hours of tunnel time, EagleBear got onto the podium with a 13.25 average over eight rounds. Truly giving some of the most experienced and trained teams a run for their money, EagleBear was only 5 points behind the first place team, Flightshop. 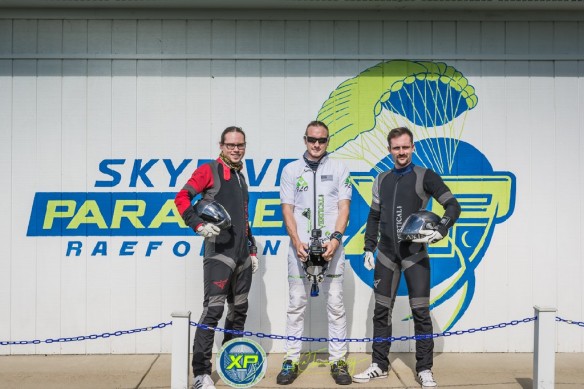