The 2014 USPA Nationals were held at Skydive Chicago (SDC) in Ottawa, IL. In the 4-way VFS category there were five teams in open, and five in advanced. Unfortunately the first three days of the competition were weathered-out, but all 8 rounds were completed on the the last day. The judges decided not to include round 7 in the final scoring, as some individuals were competing in multiple disciplines and were unable to complete the final round. SDC Standard XP was back after sitting out last year on its home turf at Skydive Chicago. Nexus, now SDC Core, has a new line up and competed as a guest team. iFly Seattle Super Serious completed its second nationals in addition to competing in the 2-way MFS discipline. X-FORCE is a newly formed VFS team from Skydive Arizona. Arizona Arsenal won gold at the 2013 USPA Nationals and then represented the USA at the FAI World Championship of Formation Skydiving 2014 in Prostejov just a couple of weeks earlier. Open Draw: 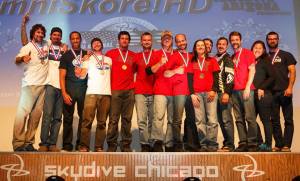 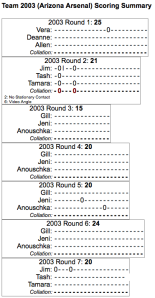 I would like to thank all of my sponsors for their continued support, and everyone who purchased an Arizona Arsenal Experience Raffle Ticket!