I would like to thank Dave at Skydive Radio for making my image below their pic of the week! Skydive Radio is the world’s leading internet radio show dedicated to the sport of skydiving.  Weekly episodes include commentary, feature interviews with industry insiders, listener-contributed photos, and e-mails from an audience that spans the globe.

To watch the video of the intensional cutaways, click here.

Check out our latest YouTube video where we deep dive the differences between a regular RSL (reserve static line) and a Skyhook equipped RSL. Brianne interviews UPT rep/rigger Greg Rau in the AXIS Flight School studio, as well as enjoying a weekend of intensional cutaways.

Greg Rau: “In an emergency there is a lot of other things involved, and the lower you take it, you’re just buttering up your disaster cake.”

I would like to thank UPT‘s Riley Marshall, and Lesley Gale at SkydiveMag for showing off some of my photos and videos in a feature article about the Skyhook (MARD). To learn more about the Main-Assisted Reserve Deployment system, and how it differs from a Reserve Static Line (RSL), check out the full article MARDginal Analysis.

Brianne Thompson cuts away with the Skyhook, filmed by Niklas Daniel over Skydive Arizona, Video by AXIS Flight School.

If you missed your chance to try out this amazing wing over the weekend, make sure to contact PD and ask them about their “Fly before you buy!” program. FYI, the box is currently on its way to Skydive Elsinore for next weekend 😉

Ray Lardizabal having a blast with the new Sabre3 over Skydive Arizona. Photo by Niklas Daniel.

The best things come in threes. For over 40 years the PD engineering team has challenged and proven what’s possible with modern canopy design. And they did it again. The Sabre3, the third canopy in a lineage of amazing, world-renowned wings, is not just a new wing, it’s a better wing. It redefines the Sabre name. Crisp handling, consistent on-heading openings, huge dynamic speed range, incredible landings, more power, and seriously responsive to inputs. PD Athletes and Test Jumpers agree that this will be one of the most sought-after canopies in the world for intermediate to expert skydivers, the next greatest all-around 9-cell modern canopy.

Nik provides an in-depth look at the AXIS Draw Generator.

Back in February AXIS Flight School had the privilege of jumping with American Hero Sgt. Cory Remsburg during the tee it up for the troops event in Scottsdale, AZ. Organized by Operation Enduring Warrior, Cory was treated to a surprise skydive on his 31st birthday.

“On February 26th AXIS Flight School and Johnny Gunn donated their time to perform a demo jump into the Pinnacle Peak Country Club in Scottsdale, AZ for the Tee It Up For The Troops golf outing. Johnny jumped with Army Ranger SFC Cory Remsberg in tandem onto the driving range. Cory was hit by a roadside bomb in Oct 2009 and was left in a coma for 3 months. He is now walking and talking but most importantly smiling. It was a beautiful day and to top it off Tee It Up For The Troops made a generous donation of $3,000 to OEW Skydive.” – MURV 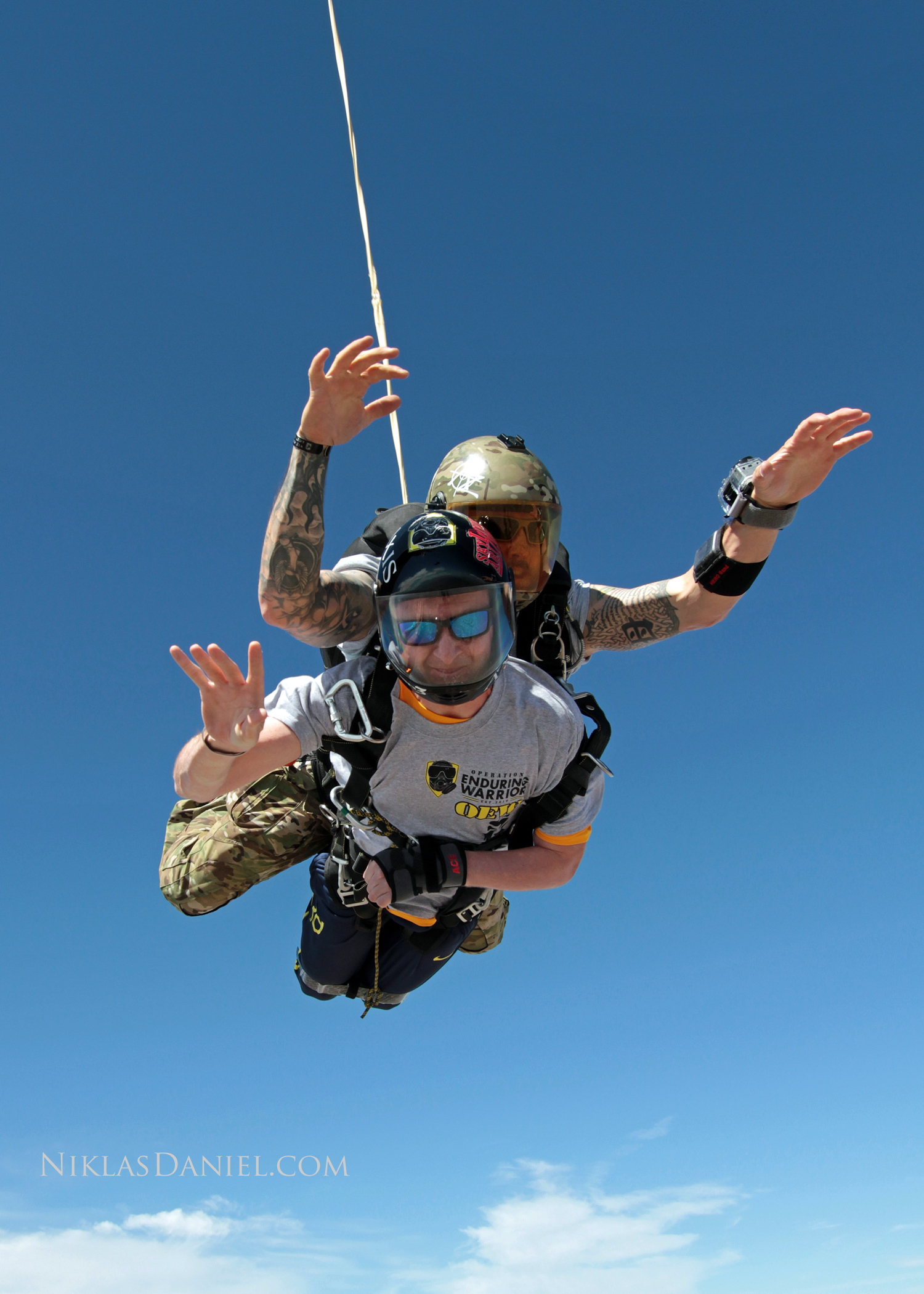 War Hero Cory Remsburg honored during State of the Union