Over the 4th of July weekend, AXIS Flight School took a trip to Skydive San Diego in an

Barry Holubeck, a highly accomplished wing-suit pilot, skydiver, photographer, and BASE jumper, showed us the ropes over two days. 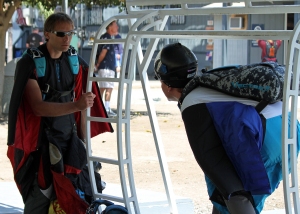 Here are a couple of screen grabs from Barry’s Go Pro. (Brianne flying a blue Tony Suits T-Bird, and I am Flying a white Birdman Blade)

Barry has a long list of accomplishments, such as:

… just to name a few

Some of his more recent work includes the Versizon FiOS Quantum Speed Flight Commercial, which is a must see!

Check out the behind the scenes footage to see how the commercial was made.

AXIS Flight School would like to thank Barry for his great instruction and time. Looking forward to flying with you again soon 🙂

A week later I borrowed a suit from a local jumper and expand on some of my skills with flocking dives. So here it is, my first couple attempts of taking photos back home while flying a wing-suit (this time a Phoenix-fly Phantom2): 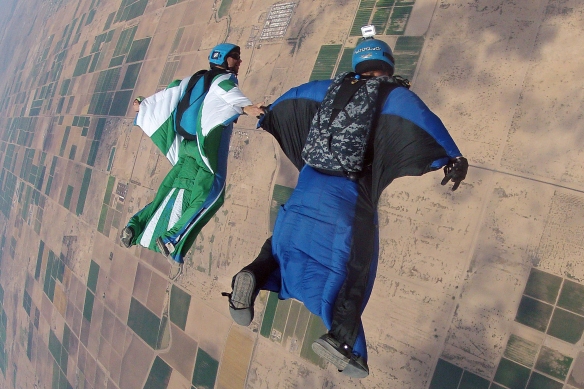 Above images were taken with my Go Pro Hero 2.