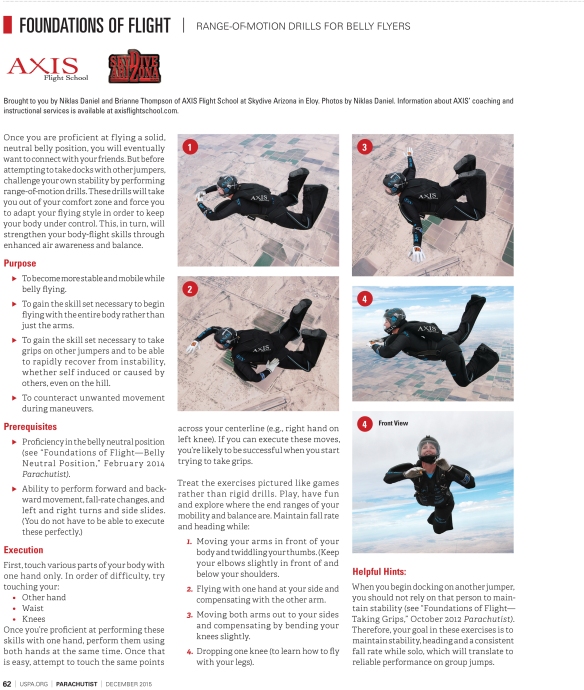 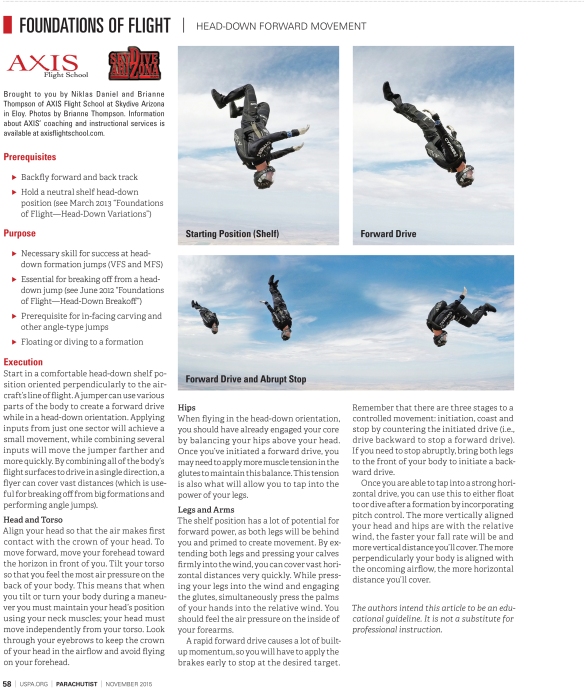 For more information about the team, please click here.

A Dream for Wounded Veteran

Words by: Jesica Bullock via SkydiveMag.com

Bobby Henline, American hero and stand-up comedian began the journey of a lifetime on March 18, 2015 by starting his skydiving certification through the Axis Flight School at Skydive Arizona in Eloy, Arizona. With the help of the non-profit, veteran owned organization, Operation Enduring Warrior; Bobby’s dream is about to come true…

In his younger days, he dreamt of being able to fly through the sky, but that dream came to a standstill when he was injured in Iraq by a roadside bomb on April 7, 2007, with Bobby being the only survivor of 5 men involved in the explosion. Over 38% of his body was burned and his head burned all the way to his skull. He fought for his life in the hospital for six months and unfortunately after two years, he had to have his left hand amputated from injuries he had sustained in Iraq.

After over forty surgeries, Bobby swore his occupational therapist that he would attempt stand up comedy in Los Angeles when he was in town for a doctor’s visit. A performance at an open mic night began an amazing journey for Bobby, where his love for stand-up comedy is proven through the joy and hope that he spreads to others through his humor. He currently lives in San Antonio, TX where he performs regularly at the “Laugh Out Loud,” and has also performed “The Laugh Factory,” “The LA Improv” and in Las Vegas at Brad Garrett’s Comedy Club.

According to Bobby after his first skydiving jump, he said, “I can’t even put into words how much I appreciate everyone involved that made it possible for me to do my first 2 solo jumps today. It’s still unbelievable that I did that today. I get choked up and my eyes water up just thinking about it. Can’t wait for more jumps tomorrow.” He is attempting to get his “A” license certification in skydiving after a total of 25 jumps are completed and other requirements are met.

In the end, an amazing man leading one truly amazing journey through life. Whether he is performing on stage or jumping out of a plane, the true inspiration is the will and drive to keep laughing and living life to the fullest. Every dream that he had as a young boy is coming true and what is the most special is for those around him that get to witness the pure and utter greatness that he possesses through his infectious smile, humor, and character.

For more information on OEW and their programs, see Enduring Warrior.

To learn more about Bobby please visit his Facebook page. 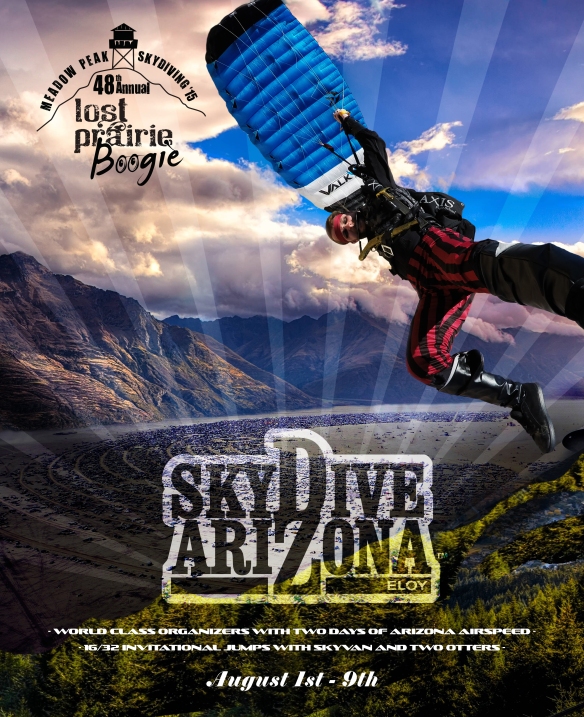 Take a look behind the scenes of the recent GoPro: Swoop ‘N Slide YouTube video. This segment aired on the Canadian Discovery Channel show Daily Planet on May 15th, 2015.

This is the fourth installment of Arizona X-Force’s VFS tutorials. Following the VFS Block Talk 6-11 video, VFS Block Talk will offers insight on how to walk, prep, and execute blocks 1 thru 17 in a three part installment.

This is the third installment of Arizona X-Force’s VFS tutorials. Following the VFS Block Talk 1-5 video, VFS Block Talk will offers insight on how to walk, prep, and execute blocks 1 thru 17 in a three part installment.